We develop ourProducts to meet your needs and solve your problems.

“I would like to add my recommendation to this advanced SQL Recovery tool which ease the task of complicated recovery for the customers.”

MS SQL database corruption can cause a lot of troubles to the you due to the criticality of data present it database. Many SQL Server recovery tools are available that you can try to understand the features, working." Read more...

I faced an error- "Server can't find the requested database table", and searched how to resolve it. I got the solution and found this SQL Database Repair tool. I fixed the entire issue in just a matter of a few minutes. Thanks to support team.”

I thank to the development team for developing such a user-friendly SQL recovery software. After using this MDF Repair tool it didn’t take long to fix the error and recover lost data right from corrupt MDF database tables and info.”

SQL Database Recovery software is incredible. It is brilliant. It took just few minutes to download and run the software and recover deleted records from corrupt MDF file. I must say, you can rely on this software. Try the software once.”

It is a feature rich software that has some powerful attributes to complete the recovery for an entire SQL Database files. I liked the functionalities of different scanning modes.”

SQL Database is all in safe hands as the recovery tool is integrated with high standard algorithmic features.

Upholds Integrity of Recovered Data SQL Database repair software also comes with advance setting which assists user in retaining the integrity of the restored objects even after the successful completion of SQL database recovery procedure.

Two Scanning Modes The recovery software has two recovery or scanning modes to scan the added SQL database file – Standard Scan and Advanced Scan. The former scan mode is used for quick processing and is generally recommended. The latter scan mode should be used when the “Out of memory” message appears.

Automatic Database Version Selection The tool is programmed with advanced algorithms which have the capability to detect and select the SQL database version. There is another way as well to select the database version, i.e. manual, by selecting it from the provided list.

Preview Database Components The preview gives a perfect glimpse of what your recovered data will look alike—tables are represented in hierarchical order. The tool provides a preview of maximum 1000 records in a page. The user can select any table to view its components further and verify the data authenticity before saving.

Supports UNICODE Characters MDF recovery tool supports UNICODE characters for database recovery so that user can restore the data in different languages. The user will face no more readability issues after recovery.

How Kernel for SQL Recovery meets
the user expectations?

I have some tables that have empty cells. How will they behave at the time of recovery?

The tool does not change the structure and content of the recovered tables. You will see each cell in the exact condition as it was in the database.

The tool supports the SQL database files from all these versions of SQL Server. So, you can save the files in any of them.

My Database Administrator recovered database contents from quite older version of SQL Server.

I took the gamble to run a manual repair process to fix my SQL files. But it did not recover the tables. Then, I used the software and moved them in a new SQL file.

The software has a very simple and easy-to-use interface. A non-technical user can also handle it without any issues. I would like to recommend it to all. 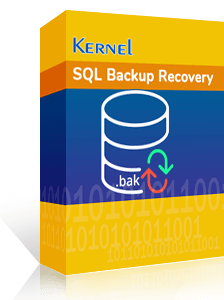 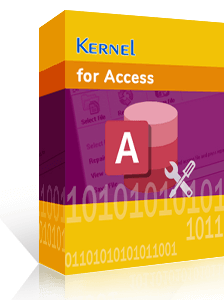 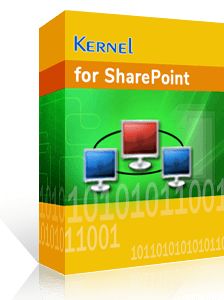 A new version (20.8) of Kernel SQL Database Recovery is now available to download for users, which is upgraded with new functionalities and features. With this new version, minor bugs in the earlier version of the tool have been fixed. Also, the recovery of deleted records has been improved. The software now offers a very smooth repairing process for SQL database files.