Backup Office 365/Exchange to PST and secure your critical data. This tool backs up and restores mailboxes in bulk and is suitable for very large organizatoins. It supports all Exchange versions, Outlook PST files, and Office 365 plans. 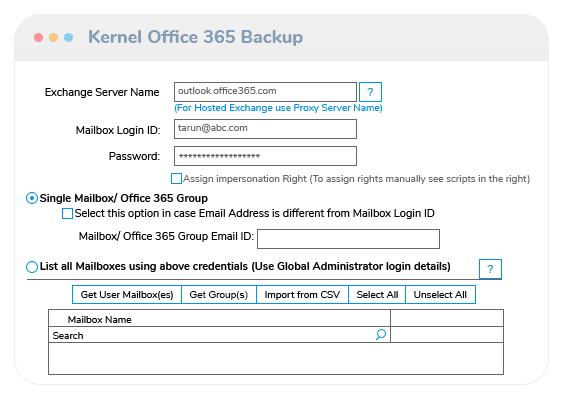 “Our team worked dedicatedly to bring this utility to you. Now, cloud backup and restore has become an easy task.”

"After an in-depth search for a suitable software that not only keeps a backup of Office 365 but also restores the data whenever required, I came to know about Kernel for Office 365 Backup and Restore.Read full review..

As soon as the size of the archive folder grew more than the actual mailbox, we decided to take the backup. Kernel Office 365 Backup lets you do it specifically for the archive mailbox.”

Why isOffice 365 Backup essential for you?

Security of the data is the most crucial aspect of any business. Although Microsoft ensures the protection of the Office 365 data with advanced features and retention features, it's beneficial to take extra measures and use Kernel Office 365 Backup & Restore due to various reasons.

Reduce Office 365 Mailbox Size The backup of Office 365 mailbox helps users to reduce their mailbox size by deleting unnecessary emails. Also, it has the advantage that emails are available offline for accessing in Outlook. Your business communication can benefit from it.

Disaster Recovery Plan Disasters can happen to Microsoft owned servers too; if you do not have proper disaster recovery plans, then you will lose the data forever. In such cases, backups can be a great asset.

Limitations of Office 365 Retention Policies The retention policies for the Office 365 has many limitations. That’s why a backup is essential for you.

For a prior knowledge about what functions users are going to get, here we have described the exclusive features of the tool.

Backup Multiple Office 365 Mailboxes to PST An Office 365 user can take backup of his Exchange Online mailbox to PST using this tool (without any administrative privileges). Meanwhile, Office 365 administrators can backup multiple mailboxes associated with his Office 365 account to Outlook PST.

Restore PSTs to Office 365 The tool can import single/multiple PST files back to Office 365 (Exchange Online) and Exchange Server (on-premises & hosted). Thus, restoring the backed-up PST files is easy with this tool.

CSV to Add Multiple Mailboxes Use a CSV file to add multiple Office 365 and Exchange Server mailboxes/archive mailboxes. It saves the time and effort and accelerates the Office 365 backup/restore process. You can also search any mailbox by its name after all the mailboxes get displayed in the tool.

Running Multiple Instances The tool can run multiple backup and import jobs simultaneously. This feature makes it easy to initiate more migration tasks even while the first migration is under execution.

Perform Without Outlook The software works even if Outlook is not installed in your system. Also, the tool has a simple user-interface that ensures simple and hassle-free Office 365 Backup and Restore.

Export/Import Report in CSV Office 365 Backup & Restore tool displays the reports of backup or the PST import tasks after its completion. This report can be saved in CSV format for future use.

Extensive Support The tool supports any version of Microsoft Outlook or Exchange Server for backup/restore. It shows compatibility with all sort of Microsoft 365 plans and subscriptions as well. Also, PST files of all Outlook versions are supported.

Data which you can
Backup

How can I backup and restore Office 365 mailbox?

Follow given steps that will backup and restore Office 365 mailboxes to PST file and vice-versa using this one tool:

Similarly, with the help of Office administrator account credentials, users can backup and restore bulk Office 365 mailboxes to PST files and vice-versa.

Does the tool create a single PST file for all the mailboxes after backup?

No, the tool creates a separate PST file for each mailbox. It reduces the complexity of the backup process and also the size of PST file.

What will the tool do with empty folders?

Where is the backup data stored while using the Kernel Office 365 Backup & Restore tool?

At the user-defined location. While performing the Backup operation, the tool lets the user select a location for saving the PST file.

Define how to backup Office 365 group emails to Outlook?

Add Office 365 account global admin details and Office 365 group ID as source. The content in it will be listed instantly and you can migrate selective data to PST file.

Is there a free version available for this tool?

Yes. The tool can efficiently work even without a license. But the free version can backup only 10 items per folder from the Office 365 mailbox to PST.

I had taken a backup of Exchange Server mailbox with size of 5GB. Later the size of mailbox grew to 8GB. Will I need to take backup of whole 8 GB again?

No. You do not need to take backup of 8 GB again, but you can choose to skip already migrated items while filtering the Mailbox.

What happens to the emails after backup or import?

The integrity of emails remains same and there is no change in text, attachments etc. Even the status of emails (Read/Unread) is preserved.

Is Outlook installation required to import my PSTs data to on-premises Exchange?

Not required. Your PST files that are locally stored on your system would be enough.

My colleague wants to import deleted items from PST to Office 365. Does this tool provide such a facility?

If you want to migrate the deleted items folder as well, just confirm that Exclude Deleted items checkbox is unmarked or cleared in the Filter Selection dialogue box. This will migrate PST file data along with deleted items.

Can I run multiple instances of this tool?

Yes, of course. It supports running multiple instances of the tool for backup and restore operations.

How is demo version helpful for me? Is it free?

Using the free demo version of the tool, you can gain experience with the features of the tool. Additionally you can back up 10 items per folder of your added Microsoft 365 mailbox.

HOW TO Backup Office 365 Mailboxes?

Kernel Office 365 Backup & Restore is a smartly designed software that offers a smooth experience to users for the backup & restoration of Office 365 mailboxes. The GUI of the tool is designed in such a way that even beginners can easily backup & restore their data with it. Check out the below screens to know better: 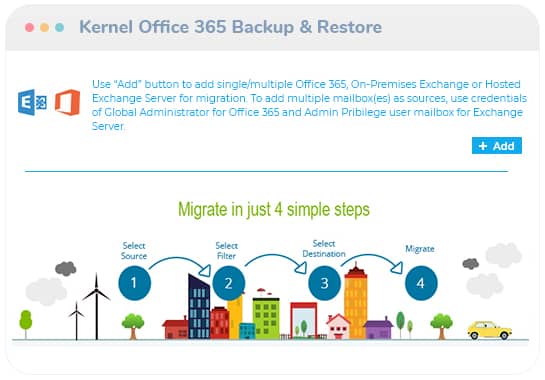 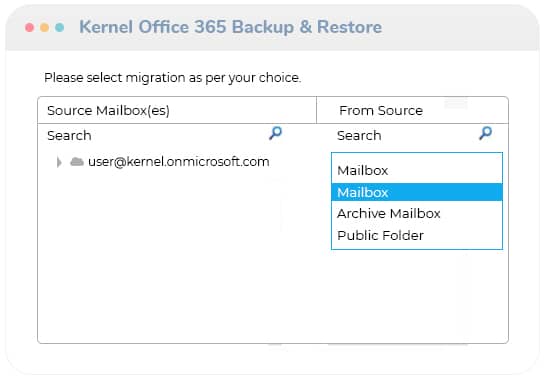 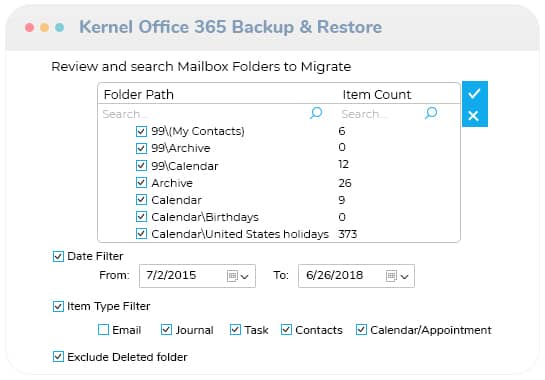 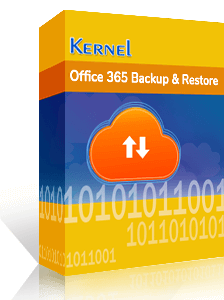 Commendable work. The advanced features and simplicity of this tool makes it the finest application for both backup and restore simultaneously.

The functionality to export archive mailboxes, shared folders, and public folders of this tool is really impressive.

I really appreciate the support that I received from the technical staff whenever I faced a problem with the tool. 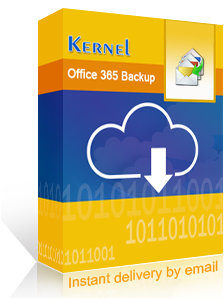 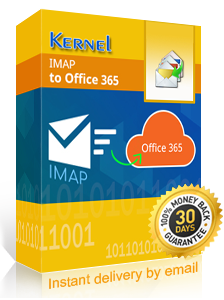 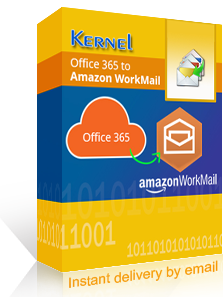 The new version 19.11 of Kernel Office 365 Backup & Restore is in the market. It allows users to back up Office 365/Exchange mailboxes to many formats other than PST like MSG, HTML, MHT, DOCX, DOC, PDF, EML. It now also includes an option to restore PST files to folders with the same name as its source file. The new version is more efficient and accurate too.

Kernel has provided continuously the significant changes to the Office 365 based software, and now it has updated Kernel Office 365 Backup & Restore 19.8. Due to the changes in the software, the performance of the backup and restore procedure has enhanced very much and you can get the desired results in minimum times.

The latest version of Kernel Office 365 Backup & Restore has been released on the website with some new updates. This newest version of the software is version 19.4. With this latest update, users can quickly backup and restore office 365 mailboxes from a PST file. Also, the UI of the software has been improved to make it easier for naïve users to backup & restore Office 365 mailboxes.

Kernel regularly updates its migration and backup software, and now it has upgraded its Office 365 Backup & Restore tool. It has the latest version of 19.3 with improved functionality. It has become more fast, accurate, and balanced. Now it smartly accesses the Office 365 mailboxes from any version.

Kernel Office 365 Backup & Restore (v18.5) has been released after several updates. The software offers enhanced security of data migration to and from Office 365 mailbox account. Users are now allowed to provide impersonation rights manually using PowerShell commands. You will be amazed to experience the enhanced performance and 100% accuracy of backup and restore process of the software.

Kernel releases the updated version of Kernel Office 365 Backup & Restore tool which is now more fast, efficient, and user-friendly. Using the new version, users now can backup multiple archive mailboxes and import to multiple archive mailboxes more easily. The options to preserve Read/Unread status and to search for specific mailboxes are some of the new additions to the feature list of the tool. With this latest update, the tool is expected to be more useful for its users.

Kernel Office 365 Backup & Restore is now enhanced with some striking features. With the new version (18.1), users can backup and restore Office 365 as well as Exchange (On-premise & Hosted) data to PST effortlessly. In addition to primary mailboxes, they can backup archive mailboxes and public folder data too. Also, the tool now supports importing PST files to archive mailboxes and public folders. With the latest feature enhancements, the tool is expected to meet all the mailbox backup/restore requirements of Exchange/Office 365 administrators and end users.