Due to unique features and special approach Tik Tok (formerly, musical.ly) has become one of the most famous and widely used Android apps available in Google Play Store, worldwide.
Tik Tok allows the user to record his/her video and later lip sync it with music or dialogs from various collections available.

Irrespective of what you’re doing in the app, recording a video or watching one created by others, it is possible that the video would not play, and there is no certain reason stating why the Tik Tok video is not playing.
Thus, in this article, we have come up with methods you can practice to eliminate the Video not playing issue, with ease.
Note: The steps given are for Android Oreo and Android Pie (for other versions, steps may vary).

Connectivity is essential considering both the scenarios when you either think of streaming media within an Android app or upload a video after recording it, and an unstable Internet connection can create issues in many ways.

Look for connectivity issues and fix them:

Go back to the home screen and turn on the Mobile Network and try to Play the Tik Tok Video.

When you create some content in Tik Tok app, the content gets saved on the app’s servers, and the app fetches all content from databases stored on the servers. Thus, Server Error can also be a strong reason why the video is not playing when you tap on it.
The first resolution to this problem is a strong Internet connection from the user end, and you should be running the latest app version.
Also, ensure that you have granted the Background Data usage permission. Follow the below steps to enable the permission if you have denied it before.

Background data allows the Tik Tok app to synchronize info in the background, and if the option stays disabled or permission denied, while multitasking the application would not complete content (video) upload. In such a scene, you might receive a Server Error message.

Almost every android app that you may find available in Google Play Store requires from the user to create an account, so that the app can associate all the user data with it like uploaded videos, likes videos, followers, etc.

The user can either choose to log in with their Facebook/Google accounts or input Email ID and a custom password. And in chances of failed login attempts, the app won’t allow access to the user-specific content.

To fix login or Sign in Problems, you can do the below suggested methods:

Now, you can try to log in, and hopefully, the login will be successful in this trial.

Camera Can Not Open

When you try to record a video within the Tik Tok android app, it calls the Camera to utilize the hardware and other camera-related functions. But in some cases, you might notice a message saying Camera App Crashed.

Old system camera app version, old system OS build, conflicts with old camera app files can be the reason behind this problem you are facing.

But the old version of Tik Tok app can cause frequent crashes due to incompatibility issues, in such situation it is better to uninstall the app and download the Tik Tok officially from Google PlayStore, as most companies make a lite version of their application for low end or older devices.

Another reason for Tik Tok crashes stopping you from playing Tik Tok videos can be the conflict between the new and old system cache files stored on the device; follow the below steps to Clear/Wipe Cache Partition.

Now the Tik Tok app on your system would not crash after you clear/wipe the Cache Partition from recovery, thus remove old system cache files.

In such situations, we suggest that you download and install Kernel Video Repair software. It is a robust solution for all Video issues. 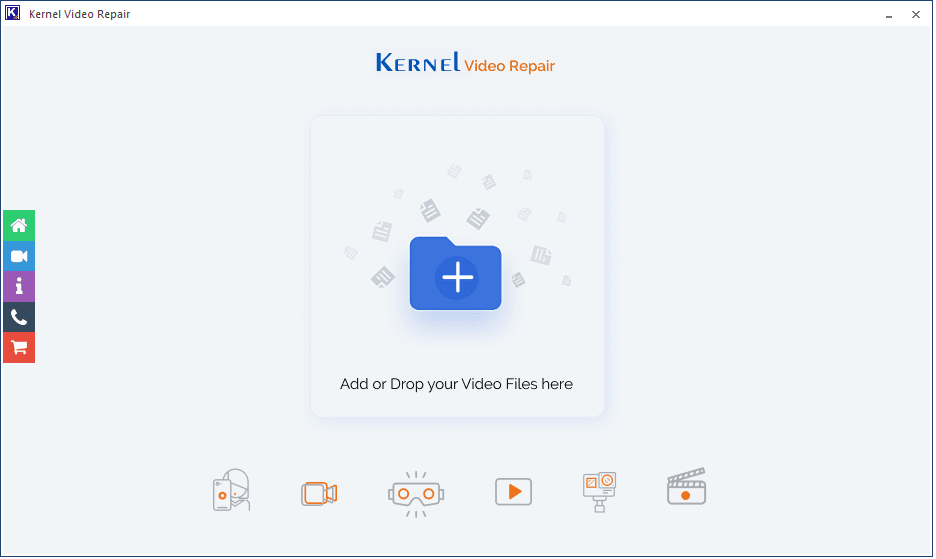 Kernel Video Repair support all major and famous video file formats available for both Android and Windows systems; thus, it allows the user to fix all video related issues, no matter which device the video was recorded o which software or application was used to create it.

With the methods suggested above, you can easily fix the Tik Tok Video not playing issue. Also learn about the top 5 common video errors and how Kernel Video Repair can help to solve these issues, and, know why it is one of the finest MP4 repair tools.