How to fix Outlook error: the operation failed
when selecting manage rules & alerts

Did you ever have had an encounter with an Outlook error? Normally, during your interaction with Microsoft Outlook, it is unlike that an error will occur suddenly and the error message will pop on-screen, but the likes of the same thing abruptly are uncertain.

Microsoft continuously works on improving and enhancing the user experience by releasing security patches and fix updates for the bugs found or reported by the users. Although, in some cases the updates released could be the reason behind the error occurred in Microsoft Outlook.

Before we discuss more regarding updates specifically, let’s go through the error first.

When you’ve defined rules and alerts, and when you click on Rules > and select Manage Rules & Alerts, an error message pops on-screen, as below:

What caused the issue?

As per the data collected through research, this specific error occurs if you’ve installed a Security Update listed below, released by Microsoft:

What are the benefits of regular security updates from Microsoft?

Even if you are getting error due to a newly installed security update for Outlook, that should not discourage you from installing new updates in future. Microsoft maintains a fixed life cycle to each of its products. During this period, to enhance the performance of the product and to fix various issues, Microsoft releases constant updates. Many times, several fixes are clubbed together in a single security update and is released as a single package (called a security pack.)

Even when the mainstream support for a product has ended and the extended support is continuing for the product, you should check for the security update and install them because they are important to avail the full support of your product.

Consequences because of the issue

Microsoft found and stated that the issue might occur if the user had installed above mentioned recurring update. Thus, Microsoft’s own Security Updates being the reason behind, no major impact on the mailbox data or other items stored locally on the system, was recorded.

And due to the issue, whenever you click on Rules and select Manage Rules & Alerts, instead of opening the Rules & Alerts wizard, Outlook was throwing this error, “The operation failed because of a registry or installation problem. Restart Outlook and try again. If the problem persists, reinstall, “repeatedly.

And what’s more interesting in all this issue is that Microsoft does not recommend users to remove a security update, assuming the action as a workaround for the issue.

And as per the dialog acted by Microsoft, it was stated that the issue appeared because of two different bugs involved in the November Security Updates. Though the company released a Fix Update on January 8th to address the issue, and as per the feedback provided, it was acknowledged that for most users, January Fix Update sorted the problem out.

And despite the availability of the Fix Update, still many other users were facing the issue, and it was the second bug stretching it long, making it inconvenient for users.

According to Microsoft, they are still working hard to find a fix for the second bug, the status for the same is currently in development though, we’ll update this section whenever the fix comes out.

How to fix the issue and get rid of the error?

For receiving the latest available updates immediately, follow the steps below:

For those Office Users who’ve installed the MSI version of Office (perpetual update), they can fix the issue by installing the January Public update.

If you’re still experiencing the same error even after you’ve installed the January 8th Fix Update release, then it is because of the second bug, and Fix for the same was given with Monthly Channel Version 1812 (Build 11126.20266) and higher updates.

For Semi-Annual Channel and Perpetual (recurring) Versions of Outlook, the Second Bug Fix is expected to arrive with February 12th public Update though; you will have to wait for it.

Is there any temporary workaround?

Yes, there is one workaround which you may use as a temporary fix for the issue – Microsoft suggests that you can manage rules in Outlook Web Access (OWA). And in case if you use Outlook Web Access to edit the rules you’ve created earlier then, you’re suggested not to touch Manage Rules & Alerts Option; otherwise, the error will come again.

Though, as per the suggestions were given by Microsoft and as per our investigation into the matter, resolution for those affected by the first bug is available, but rest of the Outlook Users who’ve installed Semi-Annual Channel & Perpetual Versions, need to wait until the February 12th Fix Update arrives.

Outlook PST Repair is a standalone application for Windows environment; it is the one-stop solution for addressing errors and issues you could ever face with Microsoft’s Outlook, email client.

With Kernel for Outlook PST Repair, you not only can deal with healthy Outlook PST data files but corrupt & damaged as well though, no matter the level of corruption is, with easy to follow file repair process followed by file recovery, it becomes very easy to avoid all the bad happenings.

And all thanks to our development team, Kernel’s Outlook PST Repair tool is compatible with a range of Windows operating systems, available on the Internet. 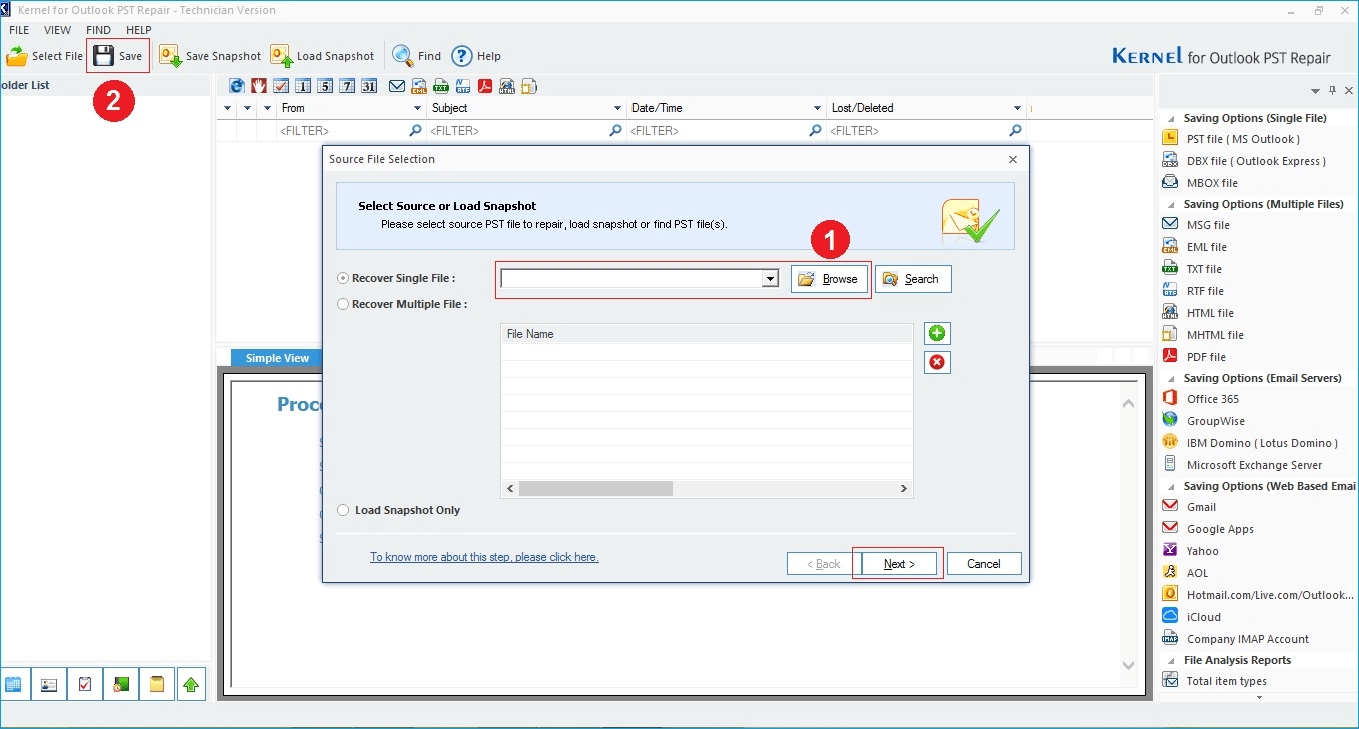 The reasons behind the error or problems that you face or encounter with Outlook are uncertain, any immediate action taken for resolving the issue might lead to data loss or Outlook data file corruption. In such scenarios, it is best to use a professional software tool that has all the features & functionalities to tackle disparate Microsoft Outlook problems. 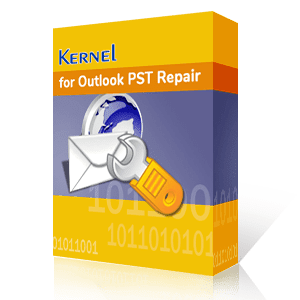 Savior of your Outlook data. 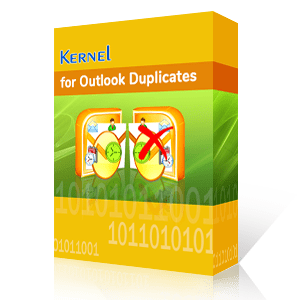