If you connect with the Internet quite often, then your system is vulnerable to external threats like Virus intrusion, Malware, Trojans, etc. Irrespective of the platform, viruses can intrude into your system and can cause considerable damage to your system files and applications. If the damage is on a severe level, it can corrupt you hard drives as well, which ultimately let you wonder “How to restore files from corrupt hard drives.

Typically, viruses are the programs or code snippets that are designed and developed by unethical programmers or what we call “Hackers.” These programs somehow infect the host system causing loss of data, unauthorized access, and sometimes system crash. To restrict these threats and secure your data, software developers around the globe built an effective system known as the Antivirus program that manages your system security settings and blocks unauthorized access. Some of the popular antivirus programs that are used in recent times are Norton, Avast, Quick Heal, AVG, MacAfee, etc.

Can Antivirus Cause Data Loss?

Now, the real situation arises when, while running an instance of the antivirus program, users tend to delete their important data files. Antiviruses, in run time environment, allow users to take actions against the detected files. Typically, users either quarantine or delete the infected files. But if the antivirus wrongly identifies some useful data as a threat, it results in the loss of valuable data. Now the question here is how to recover deleted files from Windows.

However, items that are quarantined or deleted by the antivirus program are not truly deleted from the system. Users can recover them anytime, either via the antivirus itself or using some reliable techniques.

In this write-up, we will discuss methods that will help you recover files that are moved or deleted by the antivirus program.

Since quarantined files are not truly deleted from the system’s hard drive, you can look for those files in the Recycle Bin/Trash folder. If you are still unable to find what you are seeking, don’t get panic. Try the following manual methods.

Try unhiding files and folders if you are unable to find your data in the Trash or Recycle Bin. 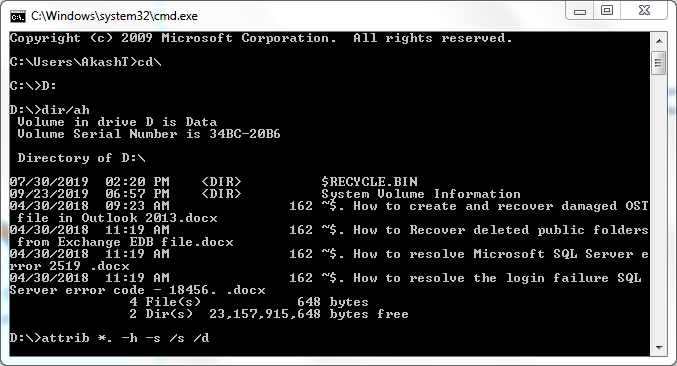 Note: After you type the last command and hit enter, the command prompt may seem unresponsive, but actually, it is processing the command, which may take a while to execute.

You can also use the Folder Options provided by the Windows OS to view hidden files and folders in the selected hard drive.

Antiviruses have a Quarantine feature that automatically isolates infected files and programs from the hard drives. Items that are quarantined by the antivirus no longer possess any danger to system files and applications. However, items moved to the quarantine can easily be recovered using the antivirus program.

Every antivirus has a different quarantine name. For instance, in AVG Internet Security, it is indicated as the “Virus Vault.” While in Avast, quarantine is referred to as “Virus Chest or Quarantine.”

We will consider an example with the inbuilt antivirus facility provided by Microsoft known as Windows Defender.

Let us discuss the Quarantine feature provided by the Windows Defender program.

The interface of the tool will appear something like this: 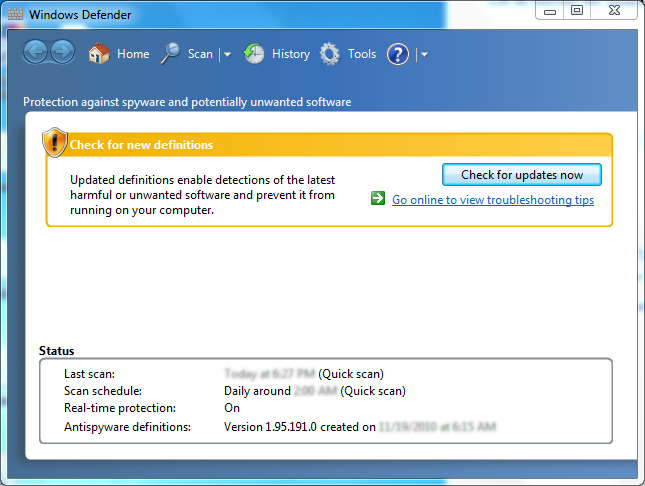 Note: Windows Defender by default takes the updates in active mode. However, you can update the version any time by clicking on the “Check for updates now” button. 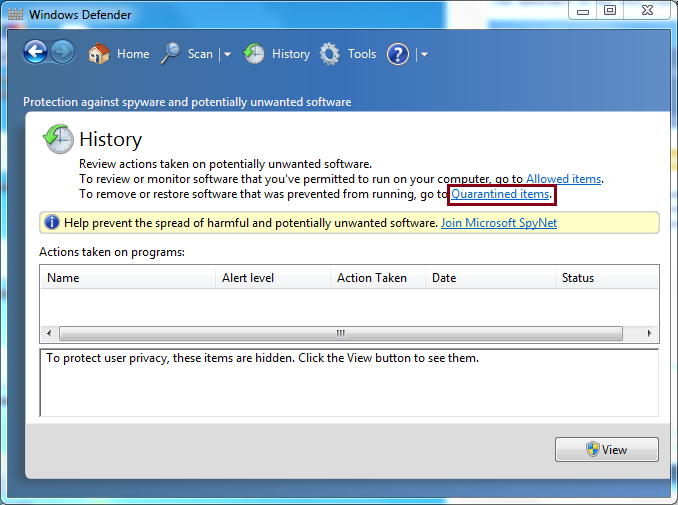 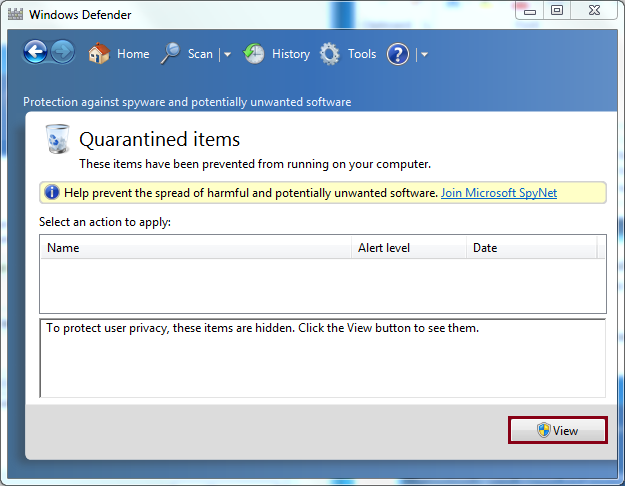 In our case, we have already cleaned our quarantine. That’s why the image shown below contains no files in the quarantine directory. 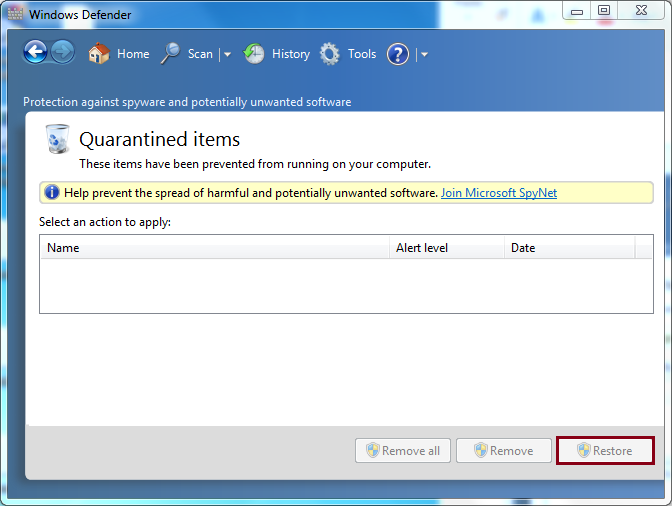 Files that are restored from the quarantine directory are saved back to their original location. In case all the above native methods fail to resolve your issue, and you are still unable to recover your valuable data, try using reliable third-party software to recover your files.

Kernel for Windows Data Recovery Software recovers your deleted files if you don’t want to get into cumbersome native methods of data recovery. The tool comes with a friendly interface and requires only a few steps to recover lost or permanently deleted files from your system hard drives. Here is how the tool works: 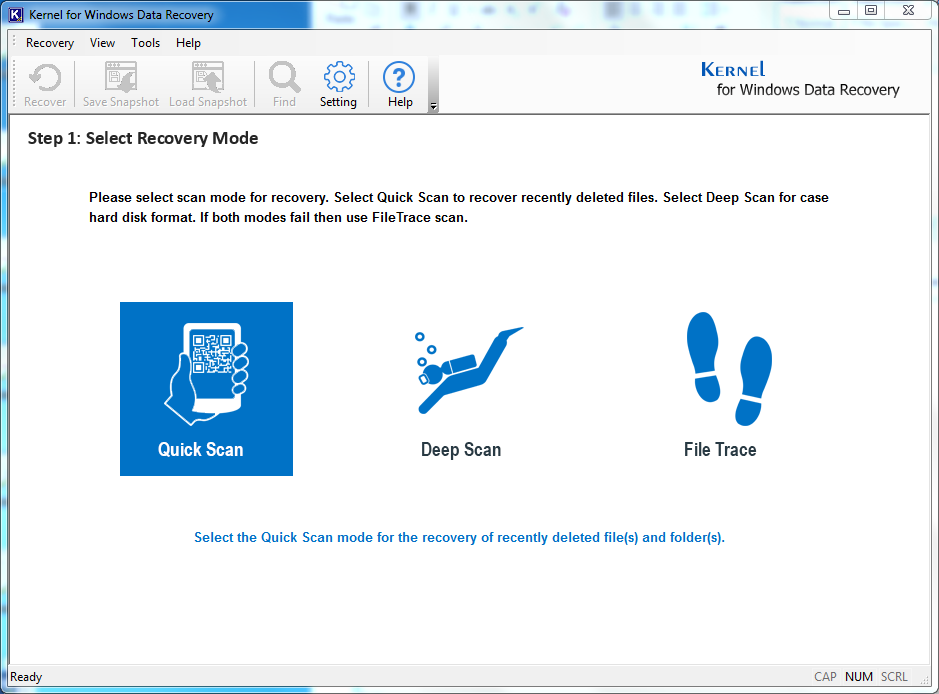 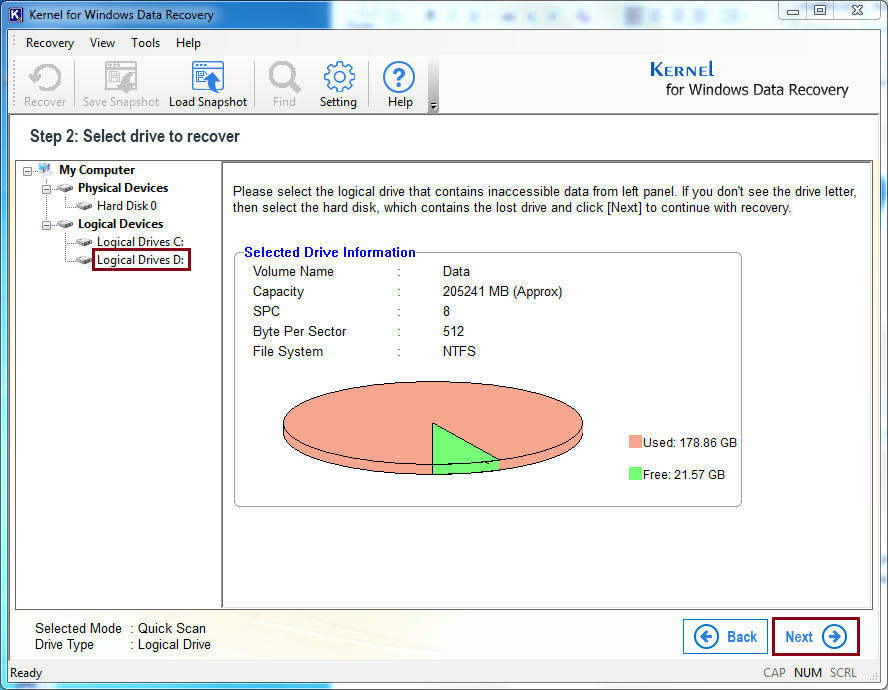 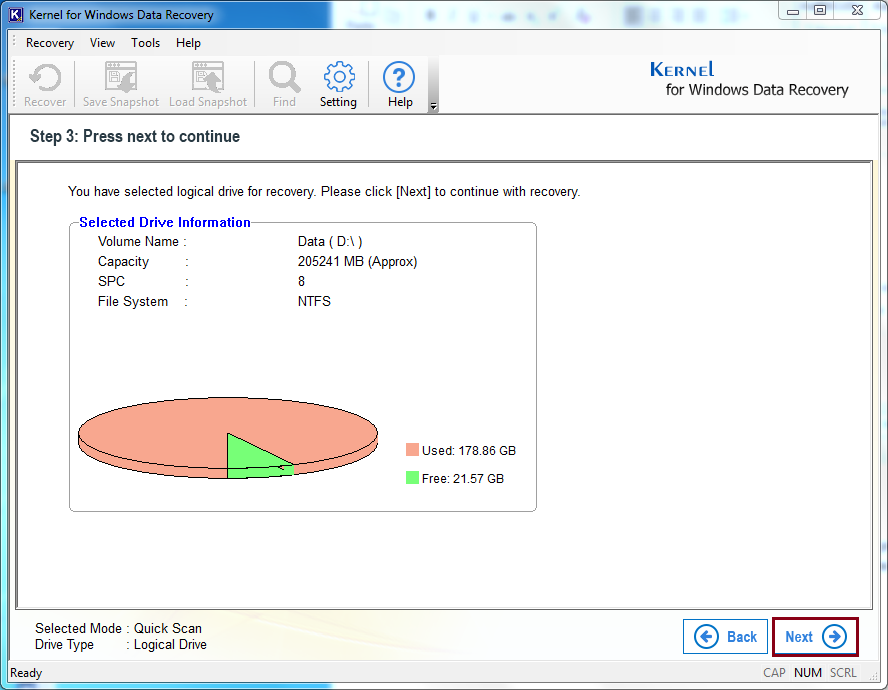 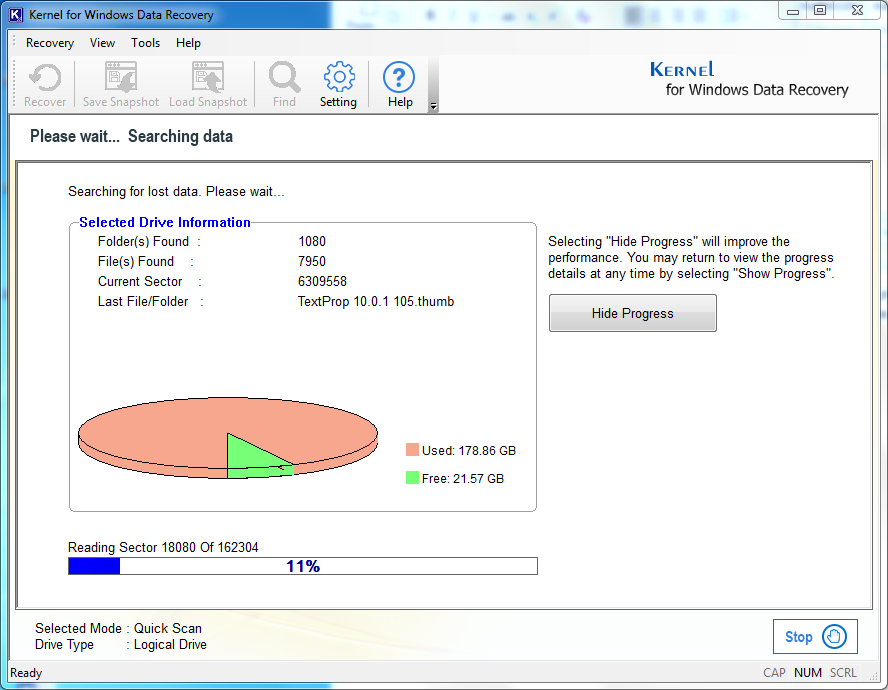 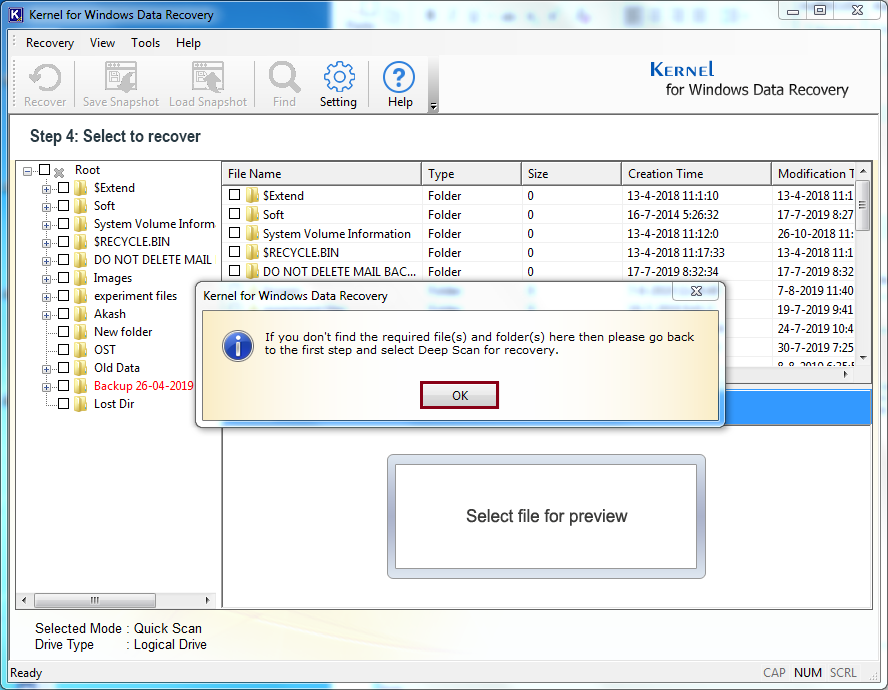 Note: You can also use the Find option provided by the tool to search for any particular file. 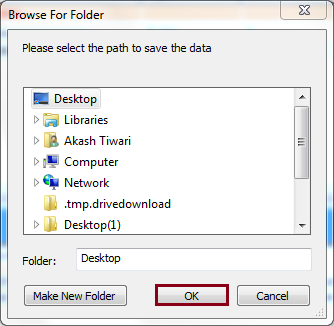 Your recovered file gets saved to the specified location. Click OK to finish the recovery task. 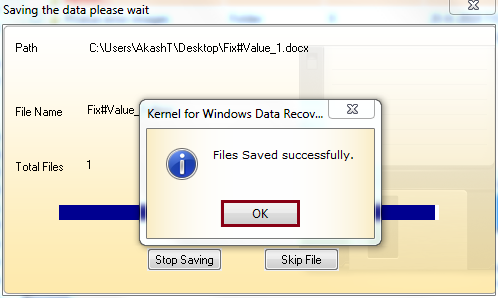 Though there are several means to recover infected files deleted by antivirus programs, choosing a reliable Windows data recovery tool will save your time and efforts to a great extent. Native methods are time-consuming and don’t guarantee the recovery of deleted files. However, if you are using latest platforms like Windows 10, there are various methods to recover deleted files from windows 10.