Guide to Migrate Public Folders from Exchange 2010 to 2016

Summary: This article focuses on migrating public folders from Exchange 2010 to 2016 using the Exchange PowerShell cmdlets. Besides it also talks about an alternative solution that can be used to migrate the public folders directly.

Companies relying on on-premises Exchange Server still use public folders for data sharing. Public folders provide an excellent way to consolidate files, archives, and other common information between teams and the company.

Today, we will help you understand how you can migrate public folders from Exchange 2010 to 2016 as an administrator.

Things to Know Before Migrating the Public Folders
Before you begin Exchange migration for public folder, there are a few things that you need to keep in mind:

Now that you know how to create a migration batch for the public folder, you can start with the migration. The migration process contains the following steps:

However, it is not feasible for every user to follow the above process, as it’s very complicated. It will also be tough to migrate exchange server 2013 to 2016. So, they need an automated solution to migrate the public folders. Although there are various Exchange Migrator tools that can be used to migrate the mailboxes, Kernel Migrator for Exchange is exceptional. It is integrated with intelligent algorithms that enable you to perform quick migration. With this tool, you can accomplish various types of Exchange Migrations in different environments.

It even allows you to perform pre-migration analysis and post-migration tasks while providing end reports. The tool supports almost every Exchange Server, including 2019, 2016, 2013, 2010, 2007, and 2003. With this solution, you can easily migrate all the public folders. It also migrates from Exchange Server to Office 365, so if you manual Office 365 migration failed as the recipient is not a mailbox, then you can use the software and map the mailboxes correctly before starting the migration. 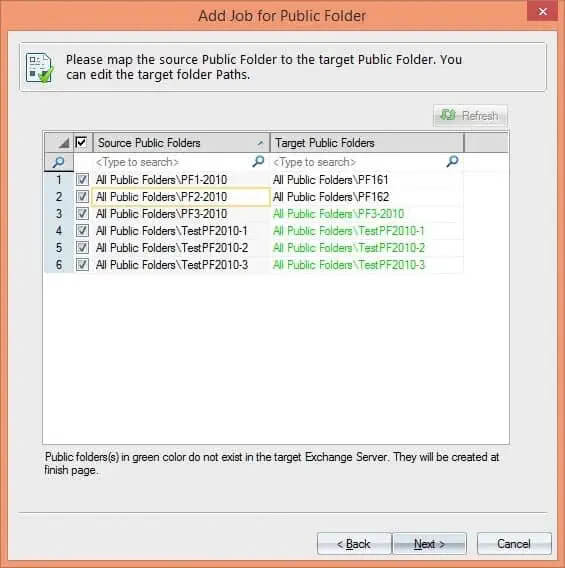