How to Migrate Public Folders to Office 365 Groups?

Exchange to Office 365 (Exchange Online) migration is a tough task and Microsoft provides various types of migration methods like cutover, staged, and hybrid migration. Each method is dedicated to different versions of Exchange and the number of supported mailbox migration is different too. But one common thing between the methods is that they require to create batches using the CSV file. The user requires to configure a CSV file and create a new batch to start the migration. In the article, we will show you how you can migrate the Public folder from the Exchange account to Office 365 Group directly.

The Office 365 groups gives a rational place to multiple Office 365 accounts with whom you want to communicate, share, or send the information routinely. It amplifies the percent of collaboration between the users, teams, clients etc. If you are working on a special project where you need to share the documents, spreadsheets, project plans, etc. with your team member, then you should create the Office 365 groups.

Because the public folders are also created with the sharing purpose. So, the Office 365 groups are the natural destination for such data.

Before creating the office 365 group, you need to recognize the need of your organization as there is no Office 365 group that fits for all needs. Different team look for different level of collaboration, so you need to create the groups for the different applications also.

When you want to migrate public folders from Exchange to Office 365, then there are no direct methods, but you can perform the migration using Exchange Management Shell.

If you only want to migrate the public folder mailbox to Office 365, then you can do it directly as any other mailbox without making the changes. If you wish to replace the legacy public folder with Office 365 groups, then here is the procedure to follow.

The manual process to migrate the public folders is completed in multiple steps, and here we have provided the steps here –

The whole process of migrating public folder data to Office 365 is time-consuming, error-prone, and requires expertise. If you want to reduce all your migration problems, then use Kernel Migrator for Exchange which can access public folders directly from its source and place them in desired Office 365 Groups. It also provides multiple filtering options which help you to select only the required data to migrate. Simply, this is the most desired Exchange Migration tool for Exchange administrators. 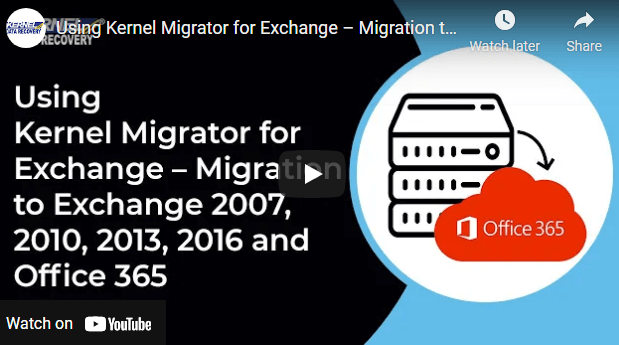 One response to “How to Migrate Public Folders to Office 365 Groups?”