Well, good job! I am the proud user of Kernel software, as it really helped me in splitting the PST files according to my needs. The tool has got great features and the facilities are easy-to-use. I am highly impressed by its optional settings to select PST files in accordance with the date range. I will recommend the Kernel for PST Splitter software as its effective and is a must buy for those who want to manage large PST files.

Wow, amazing software! Great PST split software which gives extraordinary results. I was looking for such application as I was unable to manage the problem of a large PST file that exceeded the MS Outlook limit of 2 GB. The Kernel software had resolved all my problem of managing the large sized PST files. Big thanks to your entire development team for developing such a wonderful software. 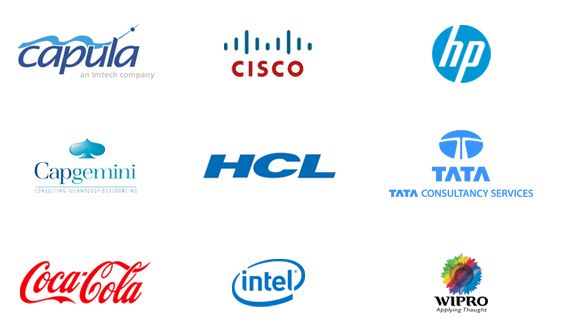 If you have a large-sized PST file, then this PST Split software can quickly split it into multiple small PST files as per your requirements. You can either split it into two PST files or more depending upon the size of the PST file.

Split Every Folder of PST

Designed with advanced algorithms, this software scans the PST files deeply and then allows you to split every single folder of large-sized PST file, such as calendars, emails, attachments, deleted items, etc.

Kernel for PST Split allows you to split password protected PST files. You just need to provide the password of the PST file in the tool and follow along.

If you want to split your PST file according to size, then you can choose the split file by size option in the tool and specify a size to split it. The new PST files will have the same hierarchy even after splitting it into multiple files. Read More

Create PST for Every Folder

With this Split PST software, you can create a separate PST file for each mailbox folder, which means if you want to save a specific folder of your mailbox, say Inbox, to a separate PST file, then it can be done with Kernel for PST Split. Read More

If you want to split your PST file based on a specific date or period, It can easily to do that for you. You can either select the date-range options like Latest, one week, two weeks, one month, two months, one year from the drop-down menu or simply define a period manually by providing the Start Date and End Date. Read More

This software allows you to split your PST file based on sender’s email ID. For example, if you want to create a PST file that contains all the emails from a specific sender, then you can easily do it with the help of Kernel for PST Split software.

Even after splitting the large PST file into multiple small PST files, this software keeps the data integrity of PST items maintained without affecting the metadata or properties of the items. When you open the split PST file, it will be in the same manner as earlier.

How to split large PST file with Kernel for PST Split?

One can distinctly divide large PST files into smaller with the help of our utility Kernel for PST Split:

Can I split PST files that are password protected?

Yes! The Kernel for PST Split software smartly incorporates the functionality of splitting, password protected PST files. You just need to check the option of File is password protected and provide the correct password to carry out the further operation.

How can I extract and manage the PST files that are very old to identify?

You can use the functionality of Date range feature that extracts the year or more old PST files with ease. Hence, you do not need to take any tension in identifying and searching for old PST files.

Can I split all the email data items associated with the PST file with Kernel for PST Split software?

The answer is yes. The software is developed specifically to scan the internal data items of PST for the effective split operation on all data items evenly. The software can easily split the email data items such as Contacts, Calendar, Journals, Email Folders (Inbox, Outbox, Sent Items, Drafts, etc.)

Shall I purchase the full version of Kernel software to get the unrestricted feature of saving the divided PST files?

Yes, you need to purchase the full version, as the free version allows you to save only the first five items from the PST file after the complete split operation.

Can I split PST files that are damaged or inaccessible?

Yes, the software can split corrupted, damaged or inaccessible PST files. You can use the PST repair tool after splitting the large-sized PST file that got corrupted.

Is the software compatible with the latest version of Outlook and Windows platform?

Yes, the software is compatible with all the latest and prior versions of MS Outlook and Windows OS platform. You can simply download, install and start using it without any requirement of special configurations.

Kernel for PST Split helps you split PST files in three simple steps – Select the PST file, Choose the splitting option, and Save. 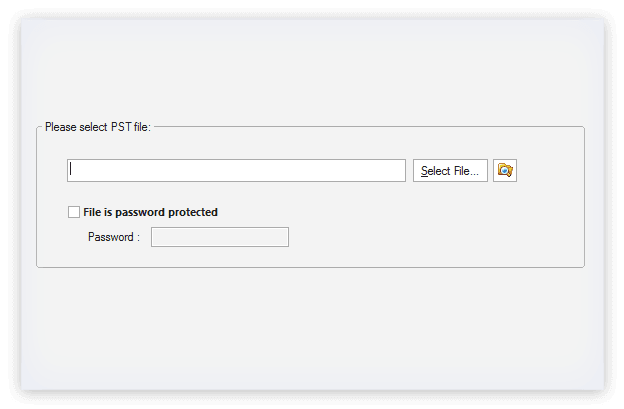 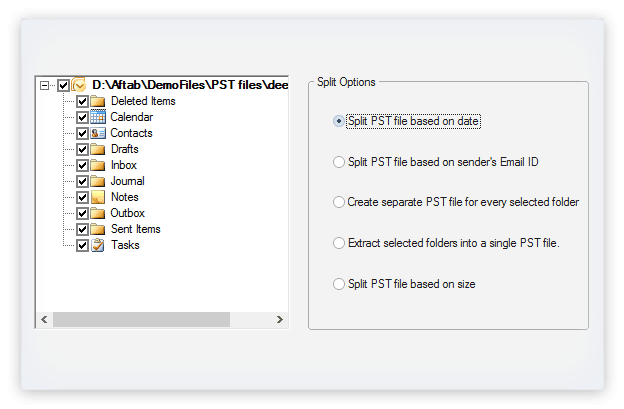 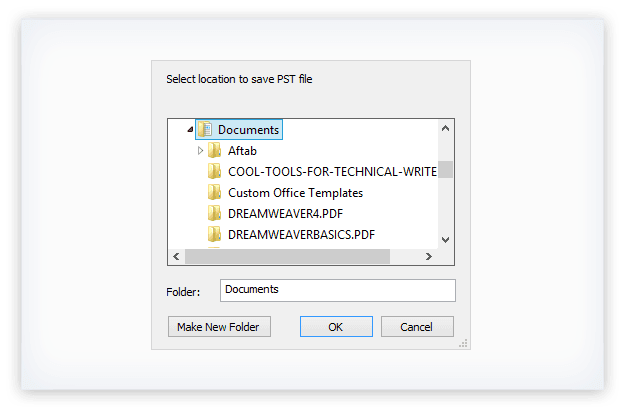 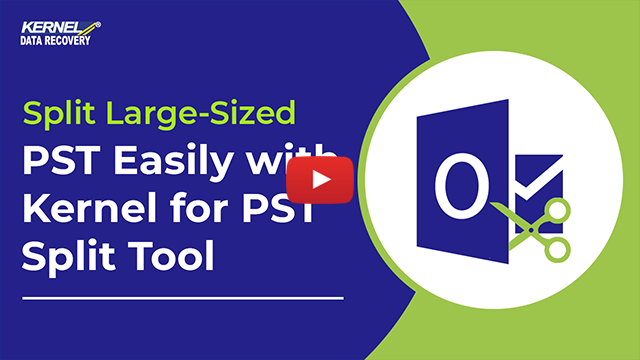 Window displays the settings for date range and save locations

Lepide Software announces the release of Kernel for PST Split 15.01. The updated version offers better performance and has improved features. This software, widely used by Outlook users to split large PST files into smaller ones, now supports all recent software versions - users can now install it on Windows 8/8.1 systems, and can use to split PST files of Outlook 2013. The company expects the software to be useful to more users because of the updates.

Tools are very easy to use and the interface is extremely user friendly.

Highly interactive GUI and customer centric support services. Kernel is making its trademark to the global markets now. Kernel for PST Split is perhaps one of the finest creations by kernel developers. Loved working with this one!