WHAT IS lsass.exe AND HOW to Remove lsass.exe Files

“Local Security Authority Subsystem Service file”, abbreviated as, “lsass.exe”, is an important part of Microsoft Windows’ Security policies like, Authority Domain Authentication (like authentication of password changes, login verifications etc.) and Active Directory Management on your PC. It is located in the folder, C:\Windows\System32. This file is never to be tempered with in any way like, edit, remove or delete and it exists at the sole location stated herein. In the present blog we are going to discuss about various aspects and scenarios of lsass.exe file.

As stated above, lsass.exe file is responsible for verification of validity of user login to your PC or server and generating process to authenticate users for the Winlogon service.

It is located solely in C:\Windows\System32 folder and nowhere else. 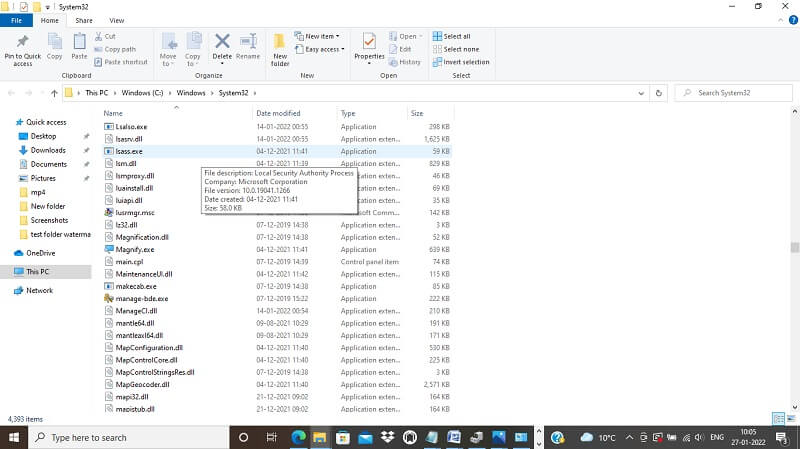 Is lsass.exe File a Spyware/Trojan/Virus?

NO, lsass.exe is not a spyware. But, if any file with such name is present at any location other than C:\Windows\System32, then it is certainly a virus/spyware/Trojan or worm.
Further, lsass.exe file can become corrupt by virus or Trojan. Since this file is part of MS Windows, never delete or remove it, rather run antivirus program to remove virus.

From the following signs you can infer the presence of fake files:

How To Identify a Fake lsass.exe File?

You can use 3 factors to identify a fake lsass.exe file viz;

How To Remove Fake lsass.exe Files?

To remove the fake lsass.exe files from your computer follow the steps given under:

You are also recommended to scan your PC using some efficient antivirus software and clean your system.

In this blog we discussed what lsass.exe file is, its importance, functions and location. Further we discussed how imitate of this file can be a potent security threat/hazard to your PC. We have tried to guide our readers how to identify and get rid of such fake files and end security vulnerability of their PCs. Additionally, if you find any challenges with your Windows system and some files become corrupt, then you should use Kernel Windows Data Recovery software to recover complete files. It will recover all the data present in various drives excluding C drive where the software is installed.