How To Recover Deleted Tiff Files?

At some point, we all have captured our live events in the form of images, either with digital cameras or smartphones. It’s a real loss when pictures holding memories get deleted. Though, if you have backed up your data in some other location, you can easily retrieve the data back. But what if they are not backed up, and you lose them permanently? There can be two distinct scenarios, either you have permanently deleted (Shift + Del) your images or something has gone wrong with the memory space. The main question lies here is how you will recover permanently deleted photos from your system..

Well, before proceeding with What are the actual reasons governing the loss of TIFF images and what are the methods by which we can recover TIFF images. Let us first understand a bit more about the TIFF image file format and why they are used on such an extensive scale.

Tagged Image file format commonly abbreviated as TIFF images were created back in 1986 when the first TIFF specification was published by Aldus Corporation. Since then, the TIFF file format has undergone several changes, with the latest version 6.0 released in 1992.

TIFF format acts like a container that can be used to add images and data. The type of data which can be added to the TIFF format is specified in the TIFF 6.0 specification. Despite being seemingly convoluted, the format is supported by all major operating systems.

Many users around the globe use the TIFF file format to save images on SD cards, memory cards, external hard drives, etc. Often TIFF image files are used to move colored pictures into page layout applications. However, the format is less suited to build web pages. Now, what if you have accidentally deleted some important .tiff files from your system or storage devices. How will you recover the loss?

Reasons For Deletion/Inaccessibility Of TIFF files

Some of the most common reasons that lead to deletion/inaccessibility of TIFF files are listed below:

In case your TIFF image files are damaged or have corruption issues, you can try some of the most recommended manual techniques to fix the issue. But if those files are deleted permanently from your system, then you should try a third-party data recovery tool to get back your deleted data.

First, let us discuss the primary solutions to repair corrupt or damaged TIFF files, and later we will highlight an efficient third-party data recovery tool to recover permanently deleted TIFF files from your system.

If you are still unable to get the desired results or the TIFF files are deleted permanently from your system, then you should take help from a reliable third-party software like Kernel Photo Recovery to get your data back.

Kernel Photo Recovery Tool is one of the most trusted alternatives to recover permanently deleted or lost images from your local drives as well as external hard drives. With this tool, you can recover images of all major file formats like JPEG, PNG, TIFF, JP2, CRW, NEF, RAF, etc. The tool also supports images taken from popular digital cameras like Fuji Film, Nikon, Kodak, and Canon.

Here is how the tool works: 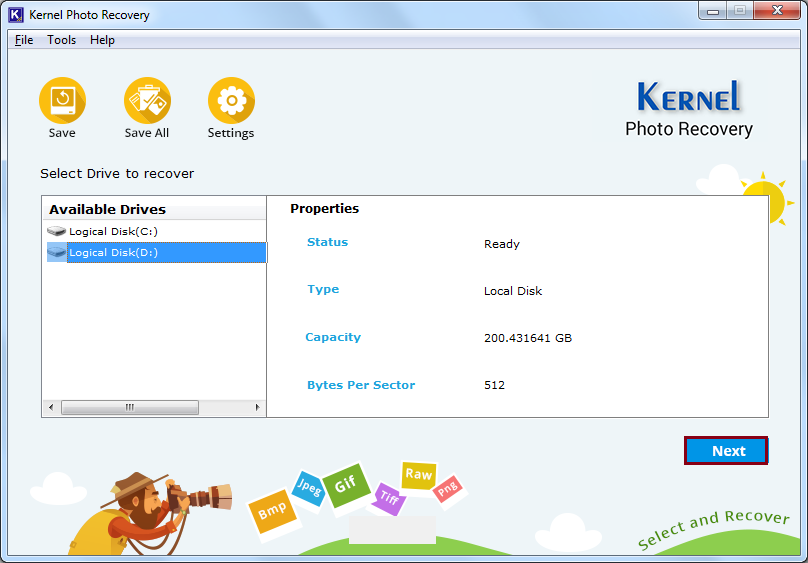 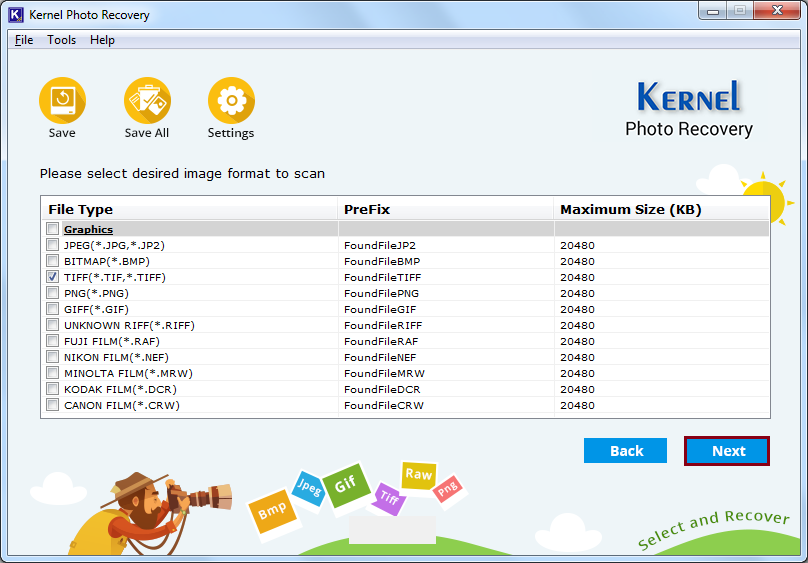 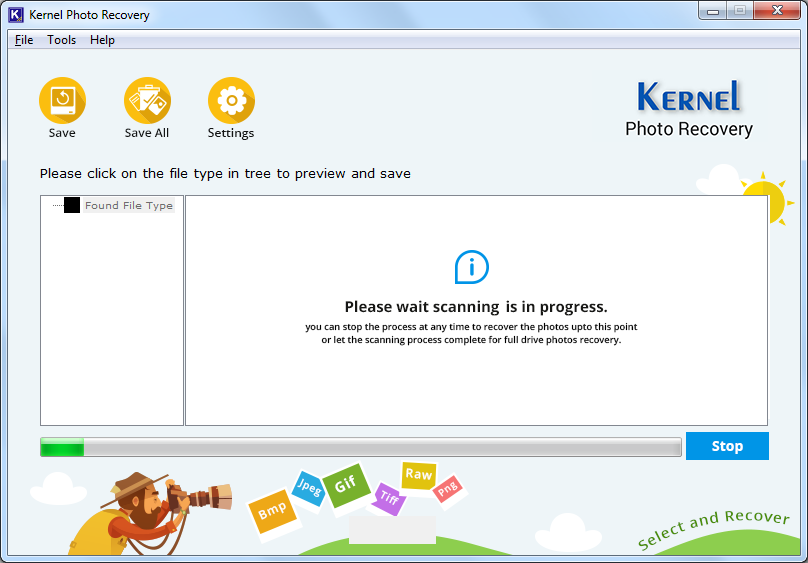 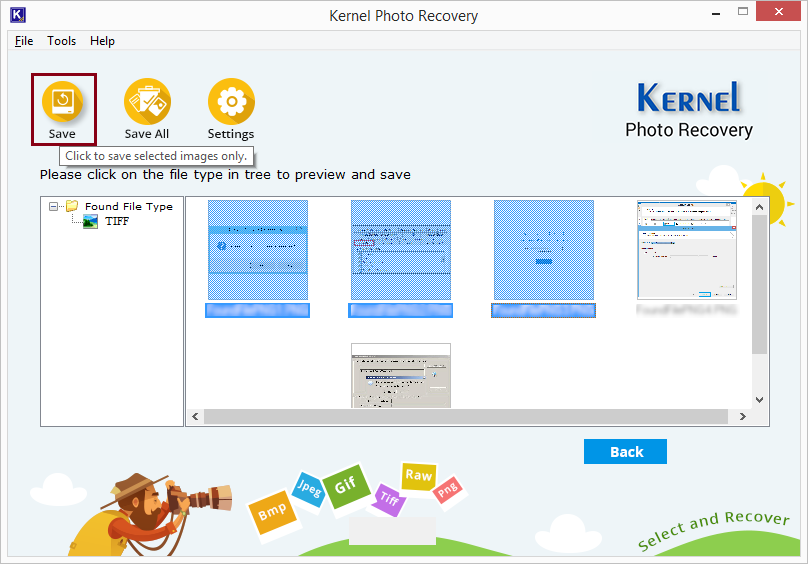 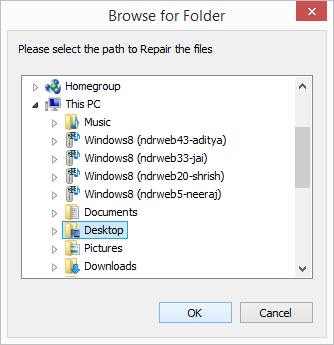 After completion of the entire process, the recovered TIFF files will get saved to the specified location.

Loss of TIFF images is a common scenario faced by a lot of users worldwide. Low-level corruption issues can be fixed by common manual techniques like renaming the corrupt image files, converting the file format, etc. But, accidental deletion of TIFF images can only be undone via a reliable third-party software.