‘SQL Backup Database is Terminating Abnormally’ – How to Fix the Error?

When a user interacts with Microsoft SQL Server, the chances that an error would appear on-screen are positive; this can happen due to varying reasons and finding the root cause which has led to such a situation is quite tricky and sometimes impossible.

Every error that appears is accompanied with a unique error code, which helps to investigate the issue faster, as the same error could appear due to different reasons as per the SQL Server version the user is running.

In this write up we’ve come up with possible solutions on how to fix the ‘SQL back database terminating abnormally’ error, followed by reasons stating the appearance of the same error with different error codes.

As aforementioned, the error “Backup database terminating abnormally,” can come up with different error codes, indicating the same problem/issue. Thus, we’ll cover the common error with the respective codes one-by-one, below.

Users face below error while they execute database BACKUP operation.

The error with event ID 9001, indicates that the database log file is not available; this can happen if the LDF (Log Database File) file either was deleted or turned corrupt.

To fix such issue with error code (Event ID) 9001, try the following workarounds:

Note: If the SQL Server instance doesn’t restart automatically, then do a force restart.

This error appears when the user tries to run either backup or restore. One base reason why the error appears with event ID 3266 is that clustered indexes get created in the database table’s all filegroups.

Note: Clustered Index: In a database table, clustered index defines the order in which the data can be stored physically.

This error with event ID (error code) 3266, will occur when the user executes the backup database query. It can also appear when the user tries to restore a larger database to an already existing database .

The error with event ID 3013 may appear while performing restoration of both the data and log files simultaneously.

Below given could also be common causes for the error:

To fix this issue, you can fetch other database backup files from the device by specifying the file number (if it is happening while trying to perform database RESTORE).

This code will be helpful when you know or are aware that the database backup (BAK) file has more than one backup stored within.

To confirm whether the device has more than one backup or not, execute the code using Query Analyzer.

As said above, the SQL Server database error with event ID 9001 can appear because of many reasons, but if in your case, its because of backup (BAK) file corruption or damage, we suggest using Kernel SQL Backup Recovery, its an advanced tool that can assist you not only with fixing the backup issues but also with the database backup restoration.

Follow the below given steps to restore the database from backup (BAK) file directly to SQL Server instance: 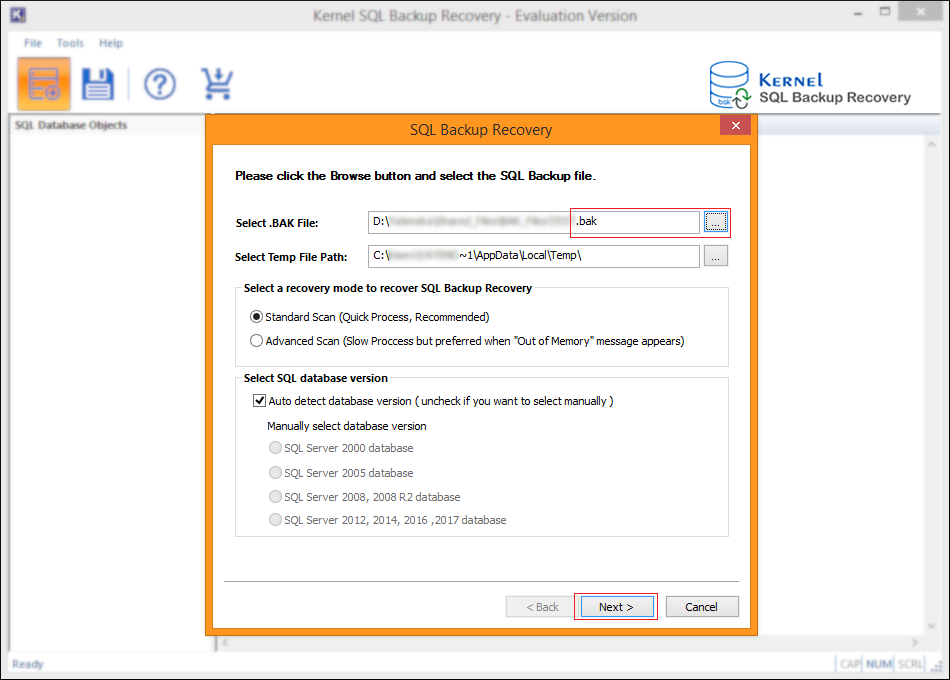 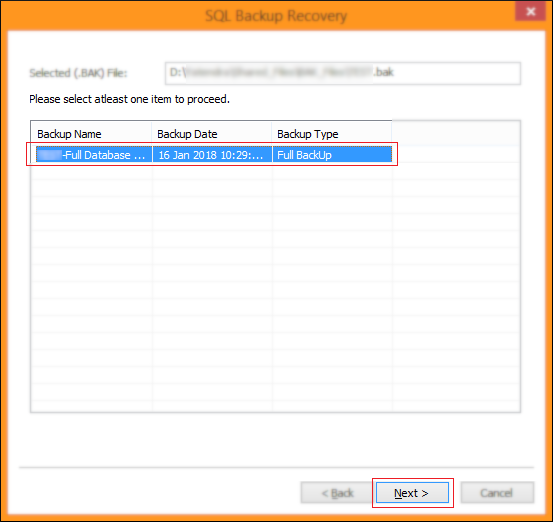 Note: Here, you may choose between database backups, only when the BAK file has more than one backup stored inside it. 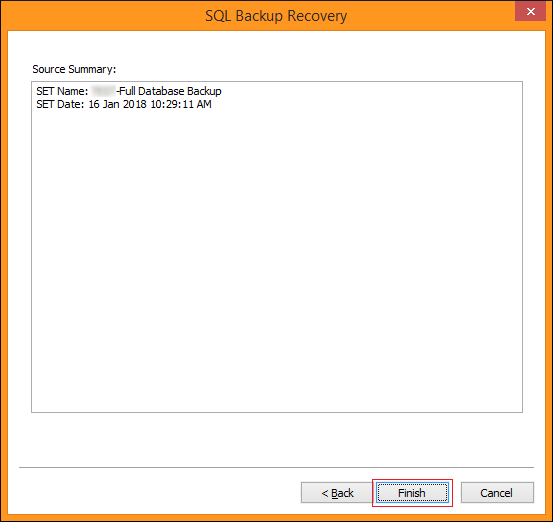 Click on the + icon to expand an object, by clicking over a sub-item you can generate live data preview even before you proceed with the restoration. 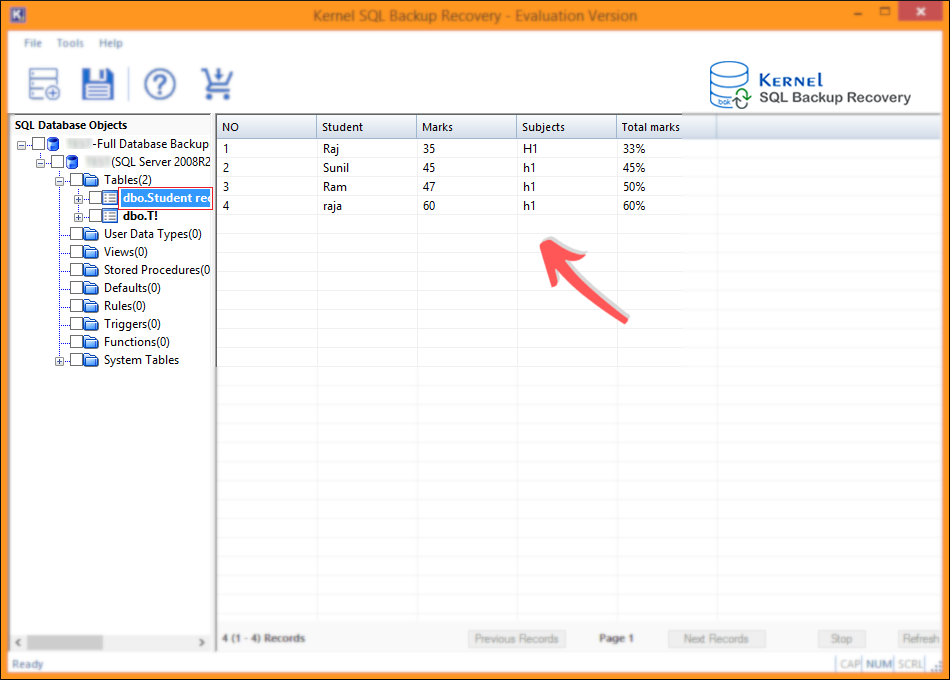 Note: Using the Live Preview feature, you can confirm the data integrity easily.

first select the parent item (as shown below) and click on the Save button. 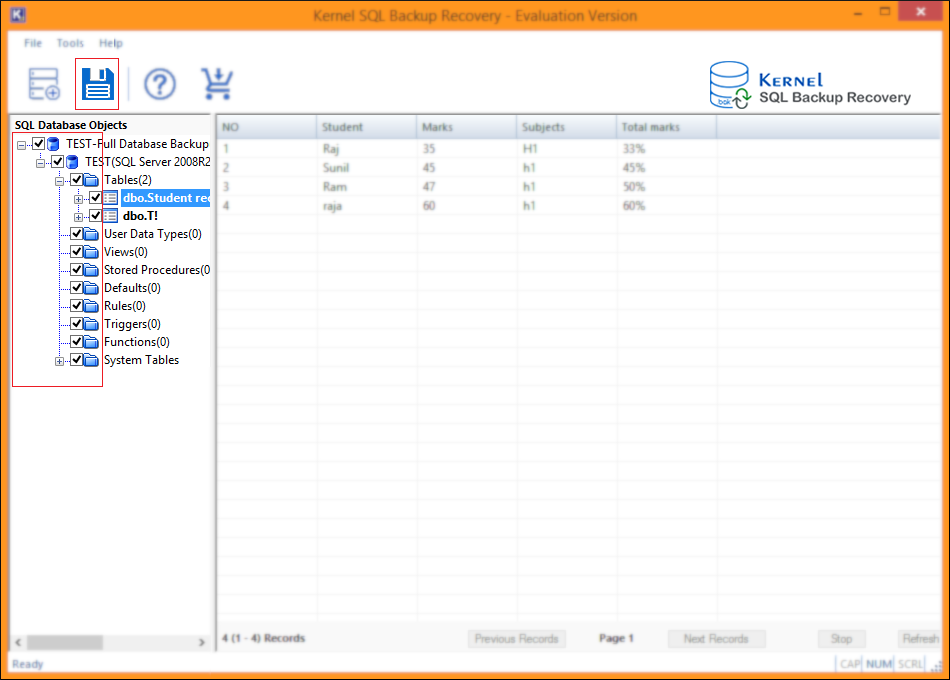 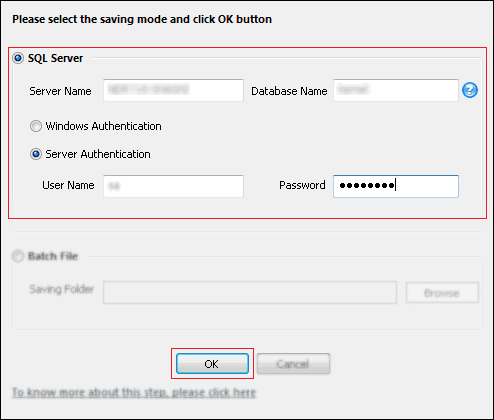 Note: To correct any selection mistakes, click on the Stop button and move back to step-6, and proceed again. 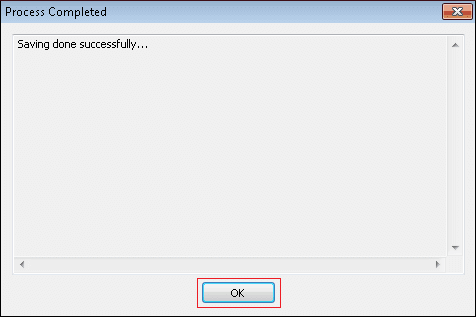