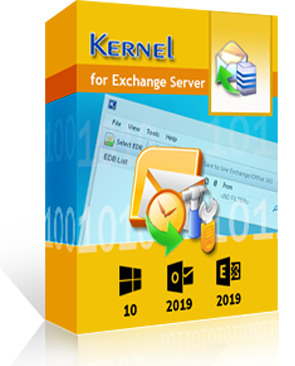 ?Excited to help Exchange users in data recovery. Complements to developers of our team.?

I have tested the SAVE it to PST option & it works like a charm, This software can also be used in the environment where you take backup of exchange using Snapshot technology & then you can use snapshot restore /extract the PST from EDB to restore the particular mailbox. Installation/Configuration is quite simple.Read more...

Simple and powerful - we are happy with the working of the Kernel tool. For simple EDB to PST conversion, it doesn?t require Outlook on the system. Additionally, it performs small-scale Exchange and Office 365 migrations. It is the best companion for an Exchange administrator.Read more...

Kernel for Exchange Server is the best exchange recovery tool for keeping away the issues related to Exchange Server. It contains powerful algorithm that drives the entire process. To evaluate the performance of the tool, you have to download the trial version that works exactly like licensed version with a limitation of saving not more than 25 items per folder in PST. Read more...

?I used Kernel for Exchange Server recovery for the second time in a live recovery situation today. It was remarkably easy to use. The whole operation took about 10 minutes with no awkward configuration to do. I thoroughly recommend this product to anyone seeking a quick way of retrieving data from a corrupt DB file.?

Our solution will take your offline exchange database (.edb ), scan and recover the data and then presents it in form of hierarchy as same as that of original EDB. You can preview your emails, attachments, contacts etc and then you can save it into either PST, Live Exchange or Office 365.

Does it recover the data from the corrupt EDB?

Yes.If your Exchange Database is corrupt or Exchange is in Dirty Shutdown state or there are other corruptions, then also you can recover your entire data with our solution.

Does it recover deleted EDB folders?

Yes. The tool does recover and restores deleted items and folders

Is the tool capable of handling large exchange databases?

Our tool has no file size limitations and can restore and migrate exchange database of any version irrespective of its size.

Can I recover my Public Folder and Archive Mailbox?

Yes.The tool can create a separate PST for each individual mailbox.

Can I save Single Mailbox?

The tool provides you an option with which you can either save an individual mailbox/folder or multiple mailboxes/folders with complete folder hierarchy at one go.

Is there any size restriction on the PST created by the tool?

No Size Restriction. You can save the entire data as PST without any size restriction. The tool also has Split Option in case you want to split your converted PST file

Lorem Ipsum is simply dummy text of the printing and typesetting industry. Lorem Ipsum has been the industry's

Kernel for Exchange Server has an open-view interface allowing easy management of source and destination list files, at one place. Below is a three-step simple procedure to add and recover source EDB file. 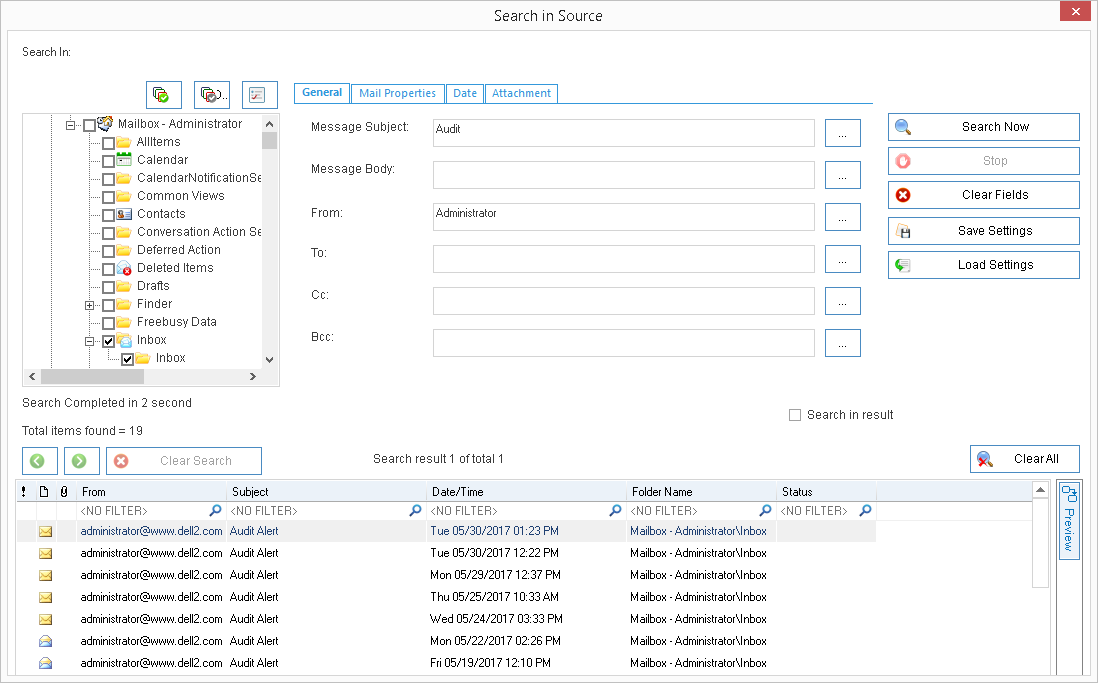 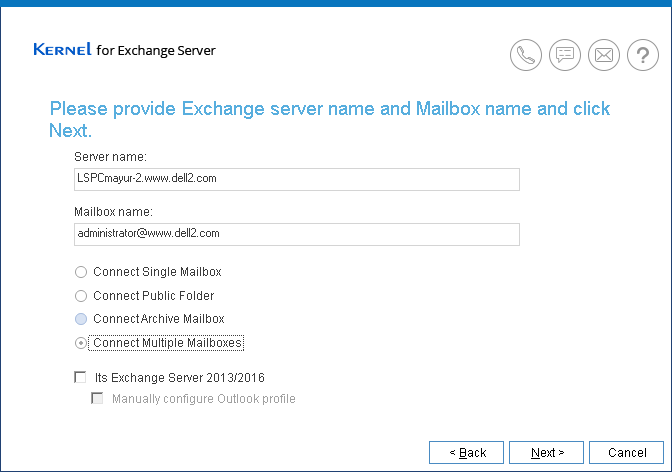 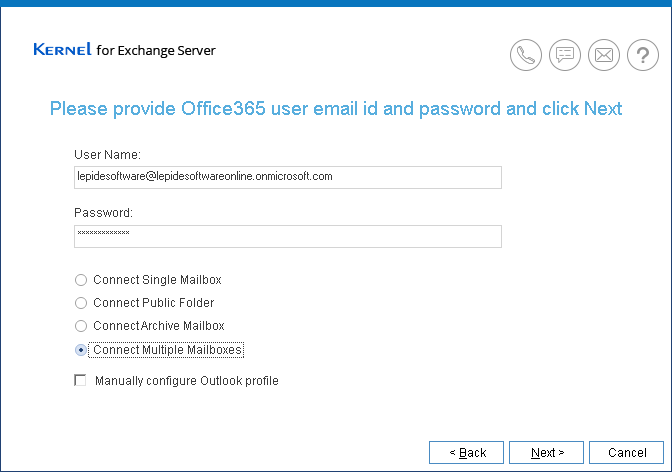 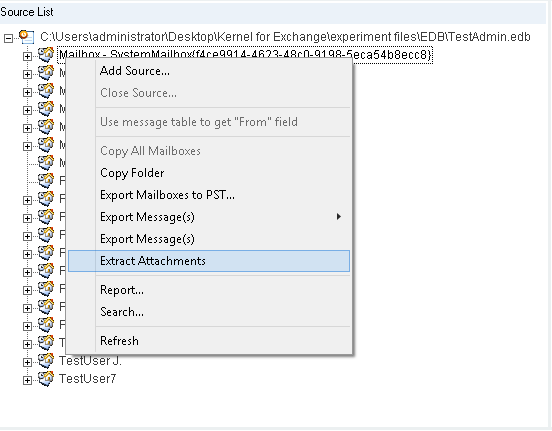 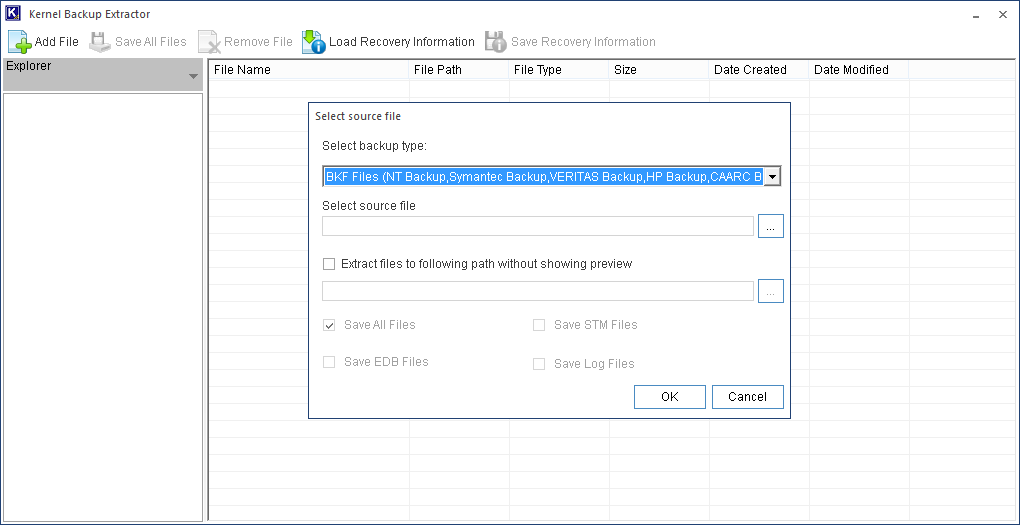 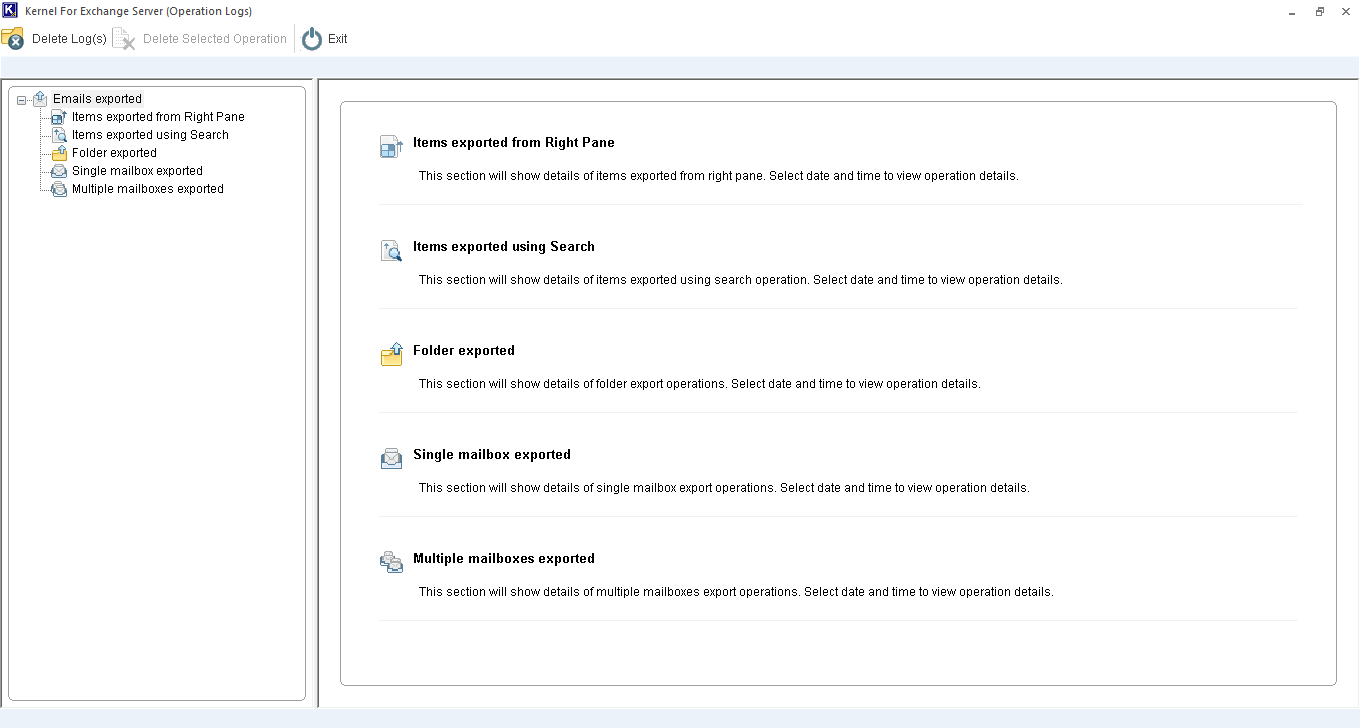 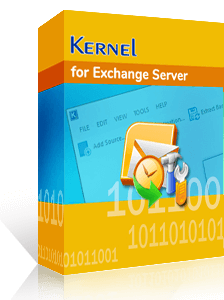 Corporate License For multiple machines within one organization at single location

Technician LicenseFor service providers to use for multiple organizations

A new version of Kernel for Exchange Server has been released (version 19.0)

With increasing use and constant demands from users, a new update of the software has been released for Kernel for Exchange Server. The latest update of Kernel for Exchange Server is introduced with version 19.0. The latest version incorporates enhanced recovery of Exchange 2019, 2016. Also, the algorithms of the tool have been upgraded to provide enhanced connectivity to on-premises Exchange. With the updated version, users will be able to recover their data more conveniently.

Keeping the trend of updating its software at regular periods, Kernel introduces the Kernel for Exchange Server Recovery tool with updated features. Now it can export mailboxes from Exchange Server 2019. While exporting live Exchange/Office 365 mailboxes to PST, you can choose to set name of new PST file as same as mailbox email address. These new features are expected to be very useful for users.

A new update for Kernel for Exchange Server Recovery released! Get it ASAP

Pleased to announce the new version of Kernel for Exchange Server Recovery Software ? 18.3. After many performance enhancements and minor bug fixes, the software now is more efficient in terms of speed and accuracy. Also, the software now allows saving live Exchange mailboxes to multiple PST files with its split option. With the new updates, the usability of the tool is expected to increase considerably.

Kernel announces the release of an updated version of Kernel for Exchange Recovery tool. EDB recovery and migration is more easy and efficient with this updated version. The enhanced features like Preview, filters, etc. helps in improving the usability of the tool. In total, the new 18.2 version ensures flawless EDB recovery and migration in all versions of Exchange.

The much anticipated Kernel for Exchange Server software Version 16.1 is now more user-friendly and has been upgraded with dynamic features. The upgraded version incorporates better options to manage and specify Date field in calendar, and offers extended support to Unicode characters for various languages including Japanese, Chinese, and French. It also facilitates improved recovery support for EDB files belonging to Exchange versions: 2016 and 2013. Plus, now a user can even search out or save EDB files in a quick time, and its free trial version permits a user to save 25 items per folder from recovered EDB files in PST files, Office 365, or Live Exchange Server.

The much-awaited and improved Kernel for Exchange Server Recovery Version 16.0 has been successfully rolled-out for official use. The upgraded version incorporates enhanced technical advancements and new "Ask for EDB Version" option to make selection of appropriate Exchange server version of respective EDB file. In addition, the tool is also quite easy to perform exchange 2013 & 2016 recovery.

Lepide Software announces the release of an updated version of it Exchange Recovery Software, Kernel for Exchanger Server. The new version 14.05.01 features few major upgrades that ensure better performance with several bug fixes. The software now supports all editions of Outlook 2013. Introduction of a better duplicate items filter keeps duplicate entries at bay. Permanently deleted items can now be previewed and exported as per user?s choice. Also, deleted items are highlighted in red color for Exchange 2000, 2003 and 2007 versions.

Lepide Software announces the release of Kernel for Exchange Server version 14.01.01. The new revised version-14.01.01 now comes with a more powerful recovery engine and its free trial version enables the user to save first 25 items per folder available in .EDB file. s

Launch of Kernel for Exchange Server 9.09.01

Completely satisfied with the performance of the tool, as it helped to migrate data from Microsoft Exchange 2010 to Office 365 successfully.

Soon after analyzing the client's issue, the Kernel Data Recovery team gathered all the necessary data to fix the client's problem.

Capital Network Solutions was finally able to perform smooth transition of complete mailbox data from older Exchange version to newer one without any hindrance.