Exchange 2019 announced – what to expect?

This article is all about the newly, going to be released Exchange Server 2019 and all aspects related to it. Basically, to make users acquainted with the services they are going to get facilitated with this new version. The attempt is made on the base of pure assumptions with a sight on previous versions and announcement.

As most of the enthusiastic Exchange users and IT technicians already know, Microsoft had made an announcement at Ignite 2017 Conference in Orlando, Florida about the upcoming release of Exchange 2019. The slide displayed at the conference is like this 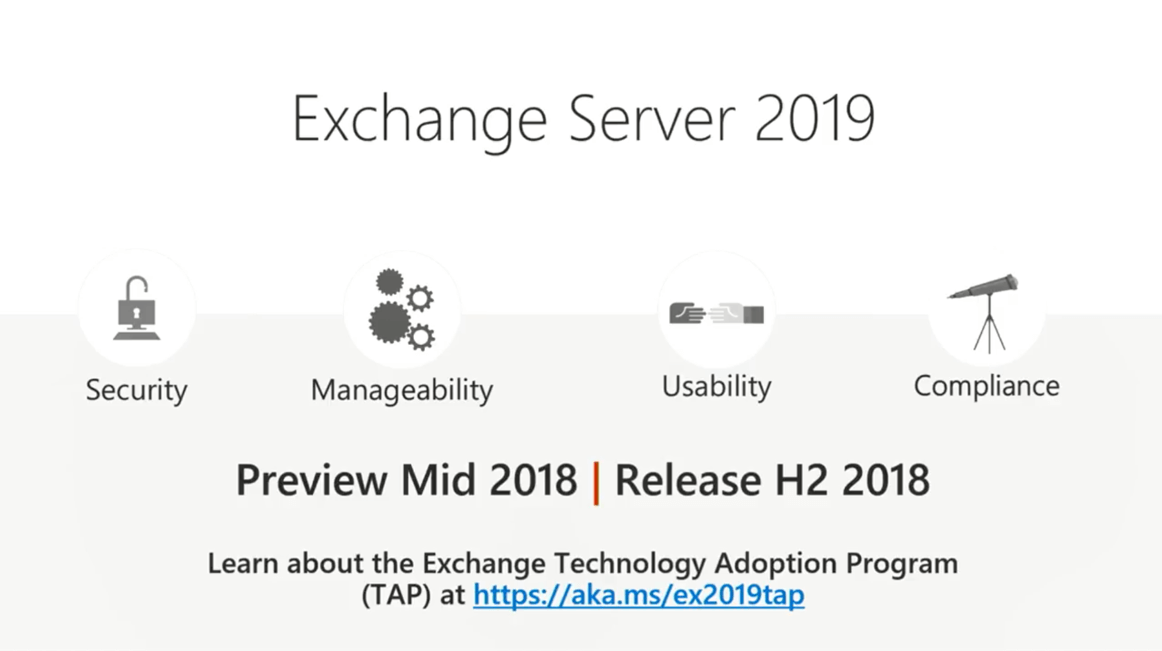 By looking at this slide released at the conference, it can be inferred easily that Microsoft has integrated these 4 pillars (Security, Manageability, Usability & Compliance) in new Exchange version environment.

Some more and vital information that we got here is the planned date or time for Preview of Exchange 2019 in middle of year 2018 and expected release during second-half of year 2018.

Basis for Assumptions – on Exchange 2019 features

Prior to predict about the Exchange 2019 features involvement and generate any statement, it would be nice if we understand the basis for such predictions or assumptions. The following points makes the base for the possibilities of features integrated in Exchange 2019.

It is to be stated clearly that the following points do not claim their certain existence in Exchange 2019. They are completely assumption-based but are highlighted to assist users having a brief perception about their new Exchange version 2019.

A light on the most expected features of Exchange 2019 had been thrown which is certainly going to be helpful for the curious users. The users may or may not find any of the above-mentioned features in the coming up Exchange Server 2019. But, at least, having prior knowledge about the expectations of Exchange 2019 could develop a sense of confidence and interest in future users of Exchange 2019.

Get ready to welcome Exchange 2019 soon with all your expectations!